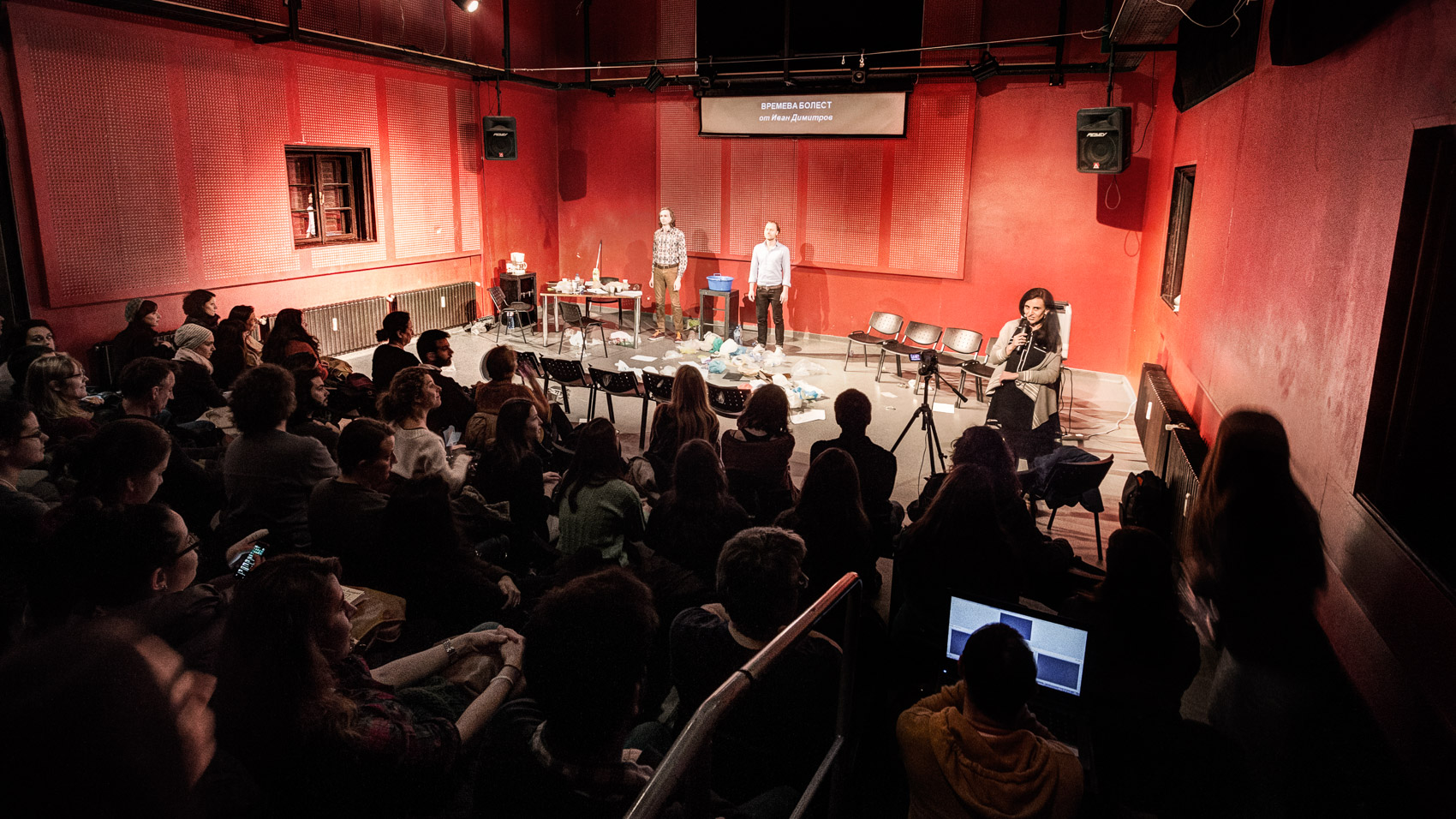 ArtFotoFond is realized with the support of „Cultural Innovations Fund“

A stage for new Bulgarian plays in English translation;
An opportunity for exchange between Bulgarian authors and American producers in the fields of literature and playwriting, facilitated by translation;
A crossing point between the work of two NGOs: Art Office Foundation, an organization aiming to promote and distribute performing arts productions, and Elizabeth Kostova Foundation, which shares a similar mission but in the field of contemporary literature and literary translations.

Three selected plays were translated in English by three different literary translators and were staged under the direction of three American directors throughout 7-9 April 2015 in Sofia.

A black eco comedy with science fiction elements:
One day Michael and Raphael materialize out of thin air into Hristo’s home. They claim they are coming from a post apocalyptic future, where the world is on the verge of an overwhelming ecologic crisis. They are also agents. And they have a mission. Those two are far from being nice towards Hristo. You can’t even begin to imagine! They keep on insulting him and sometimes they would even go as far as being rude not only through the means of words. To them it does not matter who and what kind of a person Hristo is, as he is part of a generation that has ruined our planet Earth.

A mystery play that tackles the life and death of the Russian poet and playwright Vladimir Mayakovsky. The story revolves around the love triangle with the Briks and the affair with his new love – Veronika Polonskaya. A main spot is reserved though to the clash of the Poet with the Authorities and the almighty and omnipresent Department. His personal life drama is delivered through fast plot development and surrealistic situations. His dealings with the Authorities are revealed: on one side, the Authorities would honour Vladimir’s existence, but on the other, they would suffocate him and lead to his inevitable suicide. A lively rhythm and exceeding humor, intertwined at times with a bitter aftertaste, simply rivet the onlooker’s attention, who could simply not remain indifferent.

„Elevation 506“ is a play entirely built upon documentary data – memories, letters and files, distributed through three voices as follows: the voice of the poet, the voice of the country and the chorus of kinsfolk.
The contrast and conflicts that arise between those voices are the things that make the text move forward and thus build through a collage of fragments one possible look upon the life and death of the poet Geo Milev.