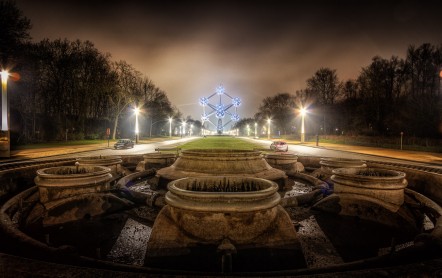 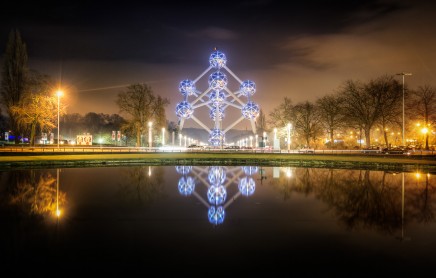 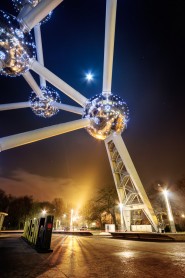 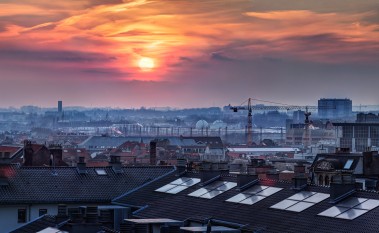 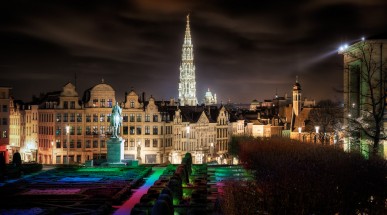 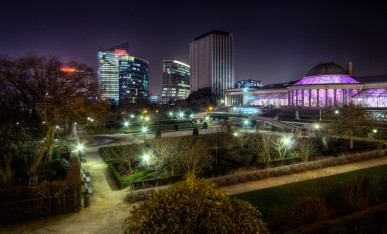 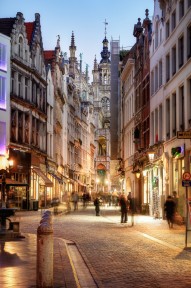 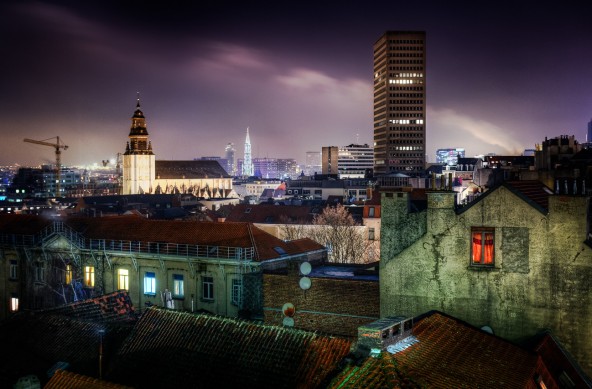 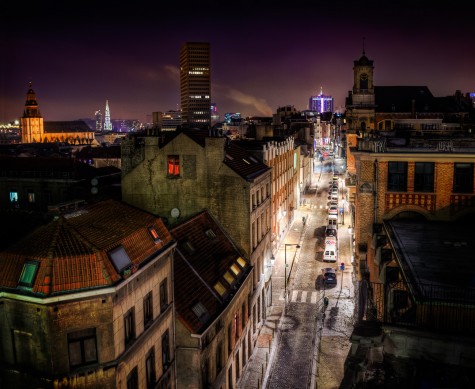 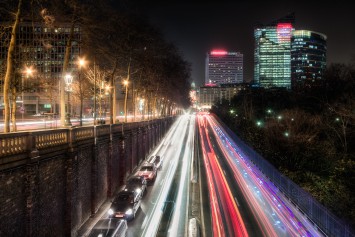 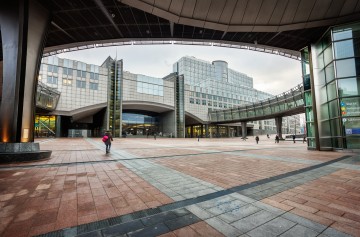 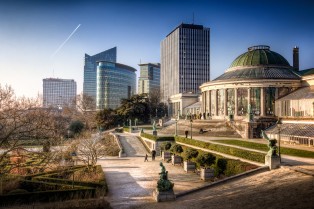 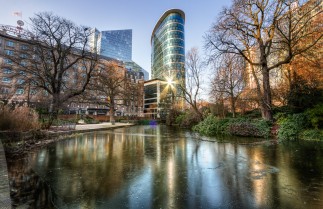 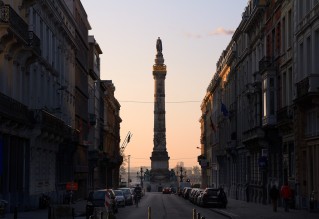 From the blog Impressions from Brussel 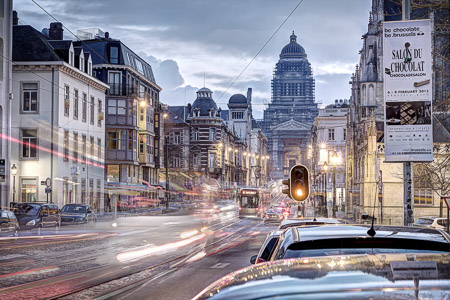 Another edition of the project „The Cities“ in which I try to show the cities from Bulgaria and the World in a different and artistic way.

The most common theory of the origin of Brussels’ name is that it derives from the Old Dutch Broekzele or Broeksel, meaning marsh (broek) and home (zele / sel) or „home in the marsh“. The origin of the settlement that was to become Brussels lies in Saint Gaugericus’ construction of a chapel on an island in the river Senne around 580. Saint Vindicianus, the bishop of Cambrai made the first recorded reference to the place „Brosella“ in 695 when it was still a hamlet. The official founding of Brussels is usually situated around 979, when Duke Charles of Lower Lotharingia transferred the relics of Saint Gudula from Moorsel to the Saint Gaugericus chapel. Charles would construct the first permanent fortification in the city, doing so on that same island.

Lambert I of Leuven, Count of Leuven gained the County of Brussels around 1000 by marrying Charles’ daughter. Because of its location on the shores of the Senne on an important trade route between Bruges and Ghent, and Cologne, Brussels grew quite quickly; it became a commercial centre that rapidly extended towards the upper town (St. Michael and Gudula Cathedral, Coudenberg, Sablon area), where there was a smaller risk of floods. As it grew to a population of around 30,000, the surrounding marshes were drained to allow for further expansion. The Counts of Leuven became Dukes of Brabant at about this time (1183/1184). In the 13th century, the city got its first walls.

After the construction of the city walls in the early 13th century, Brussels grew significantly. To let the city expand, a second set of walls was erected between 1356 and 1383. Today, traces of it can still be seen, mostly because the „small ring“, a series of roadways in downtown Brussels bounding the historic city centre, follows its former course.

In the 15th century, by means of the wedding of heiress Margaret III of Flanders with Philip the Bold, Duke of Burgundy, a new Duke of Brabant emerged from the House of Valois (namely Antoine, their son), with another line of descent from the Habsburgs (Maximilian of Austria, later Maximilian I, Holy Roman Emperor, married Mary of Burgundy, who was born in Brussels). Brabant had lost its independence, but Brussels became the Princely Capital of the prosperous Low Countries, and flourished.